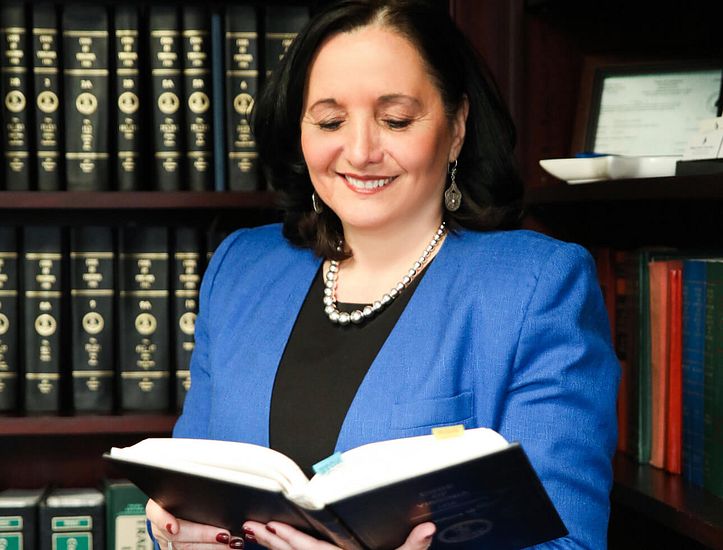 As Commonwealth’s Attorney, Buta will ensure that justice is being served fairly. The job of a prosecutor is to seek justice.  Justice means following the law, protecting the victim, witnesses and the accused and ensuring the system is fair for all.  For Buta, as a resident of Loudoun County for over 23 years, safety for her family and community is paramount.  Not only has Buta lived in Loudoun for decades, but she opened and maintains a successful trial practice in Leesburg since 1993.  As a trial attorney for over 25 years, and presiding as a substitute judge for over 11 years, Buta saw the disparity in how the Commonwealth Attorneys dealt with the cases.  When she decided to seek the office, it was with the intent that consequences should be just and appropriate with a focus on community values. As Commonwealth’s Attorney, she will ensure that the actions of the Commonwealth Attorney’s office represent the best interest of Loudoun and are based on Safety and Justice.

Buta’s focus on community safety is Prevention – Protection – Prosecution.  PREVENTION -She will work with local government, social entities, school system and private businesses to provide resources to our students so that they are mentored, educated and taught skills that redirect them away from delinquent behaviors.  She will collaborate with law enforcement and the schools to set policies and standards to end the school to prison pipeline. School misbehaviors, identified as low level, non-violent offenses will remain part of the school discipline process and no longer be referred to the juvenile court services unit.  This will reduce the number of days a student is out of school, reduce the number of expulsions, reduce the number of detentions, and reduce the number of out of home commitments.  PROTECTION – Buta will work with community stakeholders to provide counseling and support services to victims during the pendency of trial AND post court involvement.  Additionally, she will collaborate with law enforcement and public legal services to provide support or escape options to individuals confronted with potential or actual threats to their safety.  PROSECUTION – Buta will work with local government and law enforcement to set policies and guidelines on the level of low-offense, non-violent charges that will diverted away from the courts pre-prosecution.   Currently, the Department of Forensic Science has a backlog of greater than 6 months for analysis of DNA and drugs.  Buta will collaborate with the community to establish policies on the effective and appropriate use of resources so that the serious offenses are promptly prosecuted and not delayed by the lack of scientific resources.

In Virginia, there is limited information that a prosecutor has to provide to the accused.  This is called discovery.  In Loudoun, it is not uncommon for such information to be provided at the last minute – shortly before trial.  This tends to create problems on how the case is tried – at times, insufficient preparation, wrong witnesses are subpoenaed, charges are inappropriate and victims’ rights are not preserved.  This renders our community less safe.  Buta will develop a policy on discovery and how information is obtained from law enforcement and witnesses, and set standards on how and when information is provided to the accused.

One of the failings of the office is the lack of data collection and analysis by the law enforcement agencies and the prosecutor’s office.  Buta will seek grants and programs that will facilitate the collection of data.  The data will be used to create and/or change policies in the office.  Most importantly, the data will be used to inform Loudoun County on how the office is prosecuting certain cases and using its resources – being accountable to the community.

Stay Up to Date